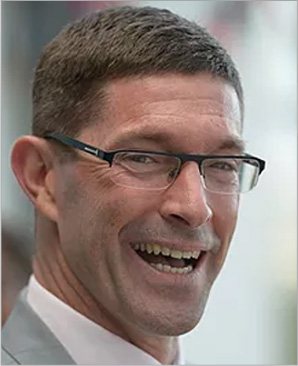 Mr Garth Allardice is a Consultant Orthopaedic Surgeon, with a special interest in foot and ankle surgery, lower limb trauma, and foot and ankle sports injuries.  He is an NHS Consultant at the North-West London Hospitals NHS Trust (NWLH) and practices privately at BMI Clementine Churchill Hospital, Bishops Wood Hospital and Syon Clinic, as well as One Stop Doctors.

In 1997, he completed a Fellowship at the prestigious Charnley Hip and Knee Centre at Wrightington, UK before being appointed as Consultant and Trauma Lead at Kettering General Hospital (1998 - 2002).

In September 2002, he was appointed to his present position at Northwick Park Hospital, London. He was the Lead Trauma Consultant from 2002-2010.

In 2004, Mr. Allardice established a Specialist Foot & Ankle Unit at Northwick Park Hospital. The vast majority of primary and tertiary referrals are seen in this unit. The foot & ankle service manages a wide spectrum of disorders including degenerative and inflammatory arthritic conditions, sports injuries and trauma, hallux valgus and other forefoot deformities. Integral links with physiotherapy, orthotics, and podiatry have been established to provide a cooperative network. Additionally, the majority of foot surgeries are performed as day-case procedures limiting hospital stays.

In his private time,

He is married with two gorgeous daughters. He enjoys sport, travel and whisky (not necessarily in that order!).